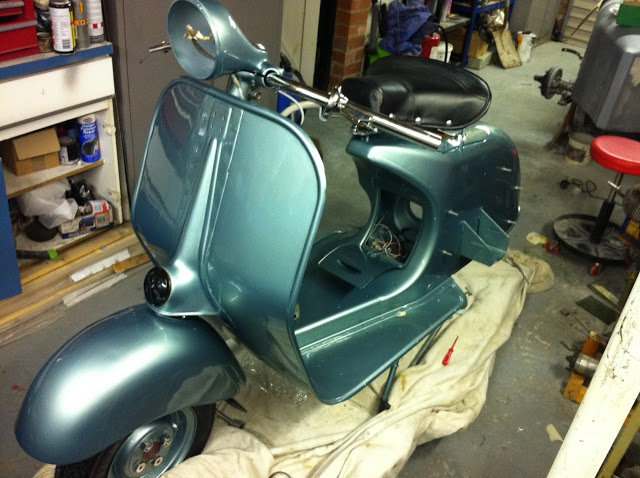 Hi, Welcome to my blog, detailing the restoration of my late 1950's Vespa Douglas 92L2 scooter in Belfast, Northern Ireland. 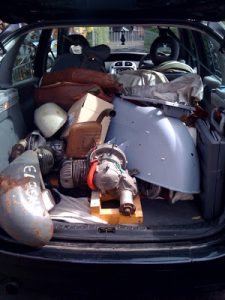 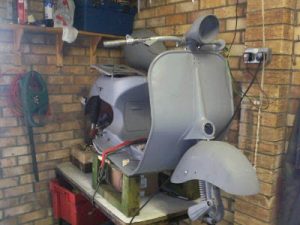 I bought this scooter as an unfinished project about 2 years ago and have only just got round to starting it's restoration. I bought this through a small ad and was surprised to see how solid this scooter actually was for it's age. There is absolutely no welding on it and no signs of any rot, the underside is also in amazing condition. The scooter was purchased as seen below, it had been stripped and coated in grey primer. It was mostly all there with some extra bits from a 42L2 model. 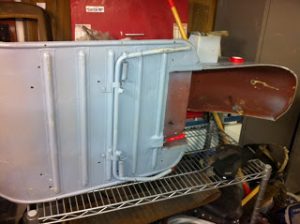 June 2011 Scooter sent to painters, lots of deliberation on the colour, in the end I decided to try and match an old vintage vespa colour and was very pleased with the results 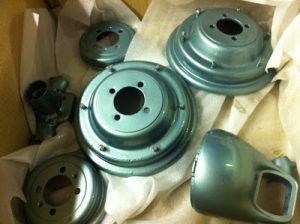 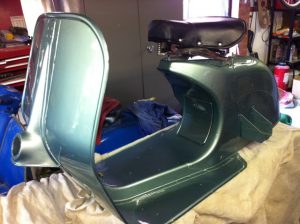 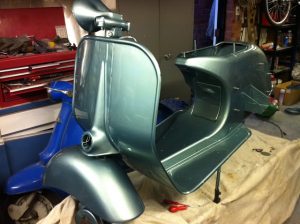 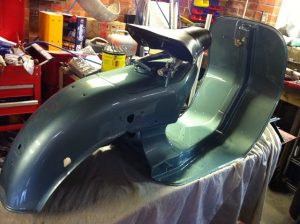 In the year or so before I started this restoration, I managed to locate and purchase some new parts, such as new handlebars, new rubbers, a new seat, chrome wheel nuts, Michelin S83 8" tyres, a new light switch, grips and as rare as hens teeth - a new original Lucas rear light!
I purchased a new speedo lens and chrome bezel, which was fitted to the original speedo, who's lens had turned orange with age. The original, also extremely rare, Vespa Douglas badge was in the boxes of parts with the scooter, although this will also need to be restored. 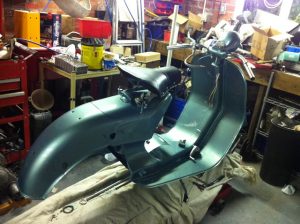 While the frame was being painted, I refurbished and painted the front fork assembly, so on return of the frame, the first task was to fit the forks, mudguard and new steering bearings. The original stand was also fitted with new rubber feet and fitted to make the rest of the assembly a little easier 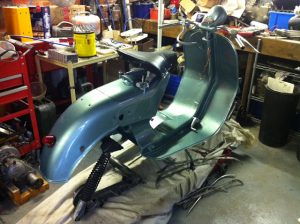 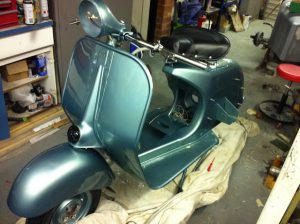 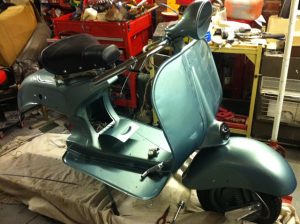 The handlebars were then set in place before the very tricky task of installing the new cables, carefully routing through the frame:

July 2011, things are a little on hold due to an ankle injury, however I will use this time to try and source a few other new bits that are required:
Floor Strips - the original ones aren't in great shape, so I will try and source some new ones. the original Douglas ones were just bent into a point at each end and not fitted with the alloy end caps as per it's Italian cousin. These scooters were very similar to the french made ACMA Vespas so will try sourcing in this direction. The previous 42L2 model had straight floor runners, whereas on the 92L2 the outer runner curved at its end to follow the shape of the footboard at the rear.
Other parts needed may include a shiny new Vespa script type legshield badge, also I need a fuel tap assembly for the fuel tank - I have no idea how I am going to get one of these, as the Douglas ones seem to be totally different from the Italian ones.
Despite having two engines to choose from I am having difficulty getting either of them to run, we have a spark and fuel but they won't fire. The compression looks low, however the bores and rings all look good. An engine strip and inspection of the crank seals may be in order....   Or perhaps a conversion to a new PX engine only using 8" wheels????