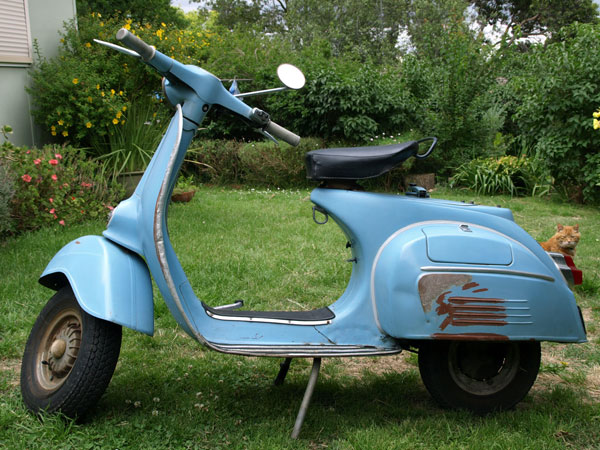 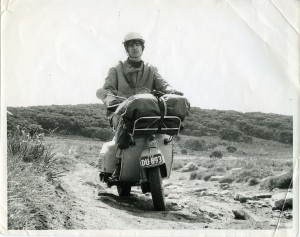 This is the story of the restoration of my Vespa 150 Super. I'm not sure if this project should be called a restoration or a renewal, since it spluttered back into life after sitting idle in a garage for 19 years and was still rideable. Some would argue that to leave as is, with all the dints and scratches that give it character, is the way to go. I brought it near new in 1968 for $340 from a lady who decided to buy a Vespa when she visited Italy on a cruise liner. The 150 odd kilometres it had on the speedo, I was told, came from its journey from the Piaggio factory to the port where the liner had docked. Of course passengers could take on board any kind of luggage in those days. After noting the chassis number of my Vespa - VBC1T 59162 - and through a bit of Internet research, I discovered it was built in 1967. 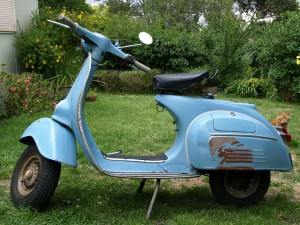 This wasn't my first Vespa. I inherited a VB1 150cc from my elder brother and had many years of fun on that. The Vespa gave me my first exhilarating taste of freedom, a feeling of being independent of my parents and a chance to discover places far from home. In fact I began riding it illegally from the age of 15 for many years and often wagged school on sports days to go for a ride in the country. Once I got my licence, I rode to and from art school everyday, and did some ambitious camping trips around the state of Victoria, sometimes on rough dirt roads. This gorgeous model was made between 1957 and 1958 and was the first to incorporate the cables within the handle bar assembly. It would be a real collector's item now but for the fact that, after being pestered by my parents, I threw it all out onto the nature strip during a hard rubbish collection. When I now look at the beautiful curvaceous lines of this early Vespa scooter, I despair at my action. Good design is just good design no matter what the current trend or taste or era it may have originated from. Mine was also a similar silver colour shown here - Max Meyer "Blue Gray Metalized" Code#: 15028. There is no seam down the back spine on this model - just a beautiful smooth curve of pressed metal. I had always thought the back spine of this Vespa was diecast, since it seemed so strong and thick. In fact the curves continually change their radius. The join onto the forward part of the body was under the seat at both sides. The cowling were round and simple with no indented flare along the side. The motor side cowling actually swung up and out from the scooter on long hinged rods. For more pictures of this gorgeous machine, visit: http://www.monarchscooters.com/VB1.htm http://www.scooterhelp.com/scooters/VB1T.150.html 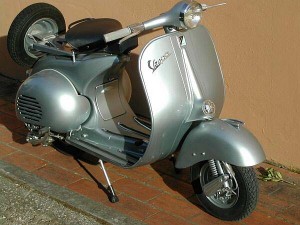 I painted my VB1 with white enamel house paint. This was the early 1960s and all white was very 'in'. I liked to think of this machine as my white swan. It always fouled spark plugs, needed to be push started, cables constantly broke, and with only three gears and 5.4 horse power, it didn't go particularly well. When I first jumped on the VBC for a test drive, I was amazed at the difference. Very torquey - it pulled so strongly from low revs and when I had completed running in the engine, it seemed very nippy indeed. I could drag off most cars that had stopped at the traffic lights.   Original Source: http://members.iinet.net.au/~david_imam/vespa_home.html